5 stable coins that investors should know What stable coins are there, how are they different from each other? These five stable coins should know investors.

With a current daily trading volume in excess of $ 25 billion, Tether (USDT) is the driving force behind value-stable cryptocurrencies. However, hardly any stable coin has made headlines more frequently lately than USDT. Finally, the promised collateral per tether with one dollar was considered questionable. It is now clear that USDT is not fully covered by physically deposited US dollars, but at least by a basket of other more or less liquid assets.

Each tether is always 100 percent covered by our reserves, which include both traditional currencies and cash, and other assets from time to time. also [zählen dazu] outstandings [receivables] from loans that tether to third parties [herausgibt], These can in turn be sister companies […], Each tether is also tied 1: 1 to the US dollar. Each USDT is counted by Tether as USD.

Nevertheless, USDT has been trading fairly reliably at the $ 1 mark for quite some time.

Since its launch in October 2018, PAX has been trading at a similar level of precision at the one-dollar target. Paxo's standard is – unlike USDT, which operates on the Omni Layer – an ERC20 token, so it runs on the Ethereum Blockchain.

Investors should keep an eye on Paxos. After all, the company is pushing ahead with innovations such as security token projects in an ambitious manner. 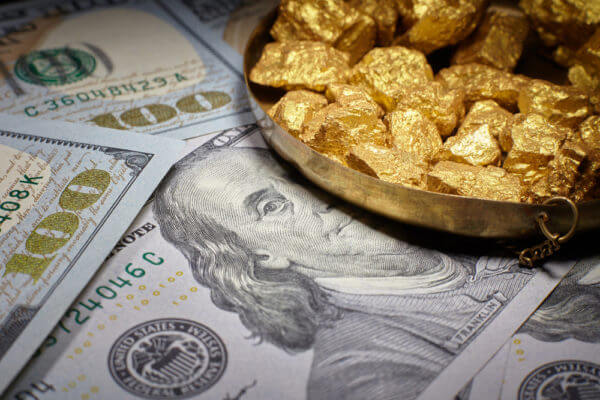 Also a Stable Coin on gold basis would like to emit Paxos still in this year.

However, the Paxos Gold stable coin would not be the first stable cryptocurrency to pick out the famous precious metal as a base asset. According to the website, one unit of Digix Gold (DGX) equals one gram of gold.

Looking at the chart on Coinmarketcap, par value parity indeed seems to be gold. The fluctuations are subject to the natural volatility of the selected base asset. So the DGX Token is also a digital image of the precious metal gold; Investors can therefore fill their portfolio with gold, without having to hold the asset itself.

Also TrueUSD – the name already reveals it – binds itself to the world reserve currency US dollar. Nevertheless, a look at TUSD could be worthwhile for investors. As the company says, the physical dollars are not stored on a non-transparent company account, but on a so-called Escrow account on a smart contract basis. So the company wants to prevent Schindluder being driven with the funds.

And apparently with success. TUSD has been trading at a price of $ 1 for a good year – with individual outliers, as the chart shows.

DAI comes from MakerDAO and is a stable coin of a different kind. Because instead of physical assets from the Fiat world deposit investors cryptocurrencies. These are backed by a smart contract until investors trigger them again against the paid DAI tokens. The stored crypto assets thus serve as collateral (in German: Pfandbrief).

The advantage: Again, everything runs automatically via Smart Contracts. Investors do not have to trust a middleman.

Why Should You Use A Dedicated IP VPN For Secure PayPal Transactions?