5 Bitcoin Easter Eggs that you need to know 1. The hidden message (s) in the Genesis block

We start, how could it be otherwise, with the Bitcoin Genesis block. It must be known that Satoshi Nakamoto must have been a bank-critical contemporary. The Bitcoin inventor already expressed this attitude in the Genesis block of Bitcoin. If you ask one of the relevant block explorers after block 1, you will see a hidden message in addition to all the raw transaction data:

So far, so well known. However, it is only recently known that the same message appears twice in the data jumble.

Because if you convert the hexadecimal string into an alphanumeric, ie readable, string, the result is the same message, just backward:

2. Marriage Proposals on the Blockchain

Granted, this is not an Easter Egg that everyone has something for. However, not only did Satoshi make use of the opportunity to write messages in the Blockchain for all eternity. For those who are really serious about the application, Blockchain offers ways and means of carving a declaration of love in stone. As Nic Carter tweets, there are at least eleven applications on the Bitcoin Blockchain:

There are at least six marriage proposals inscribed into the bitcoin blockchain – one in the coinbase data! The other 5 I could find are in op_return. pic.twitter.com/K5rEc88ARr

At least six marriage proposals are registered in the Bitcoin Blockchain – one in the Coinbase">Coinbase database! The other 5 I could find are in op_return.

Anyone who is now trying to immortalize themselves on the Blockchain, may read here, how to do it.

At the yellow vests protests at the beginning of the year, many dissatisfied Frenchmen cavorted. What began with the displeasure of higher fuel taxes, soon unfolded its own dynamics. Thus, under the yellow vests soon also one or the other bank critical Bitcoiner mingled.

One of them was Pascal Boyart. The street art artist dedicated the Gilet Jaune to Eugène Delacroix La Liberté guidant le peuple this painting:

The artist then added 0.26 BTC to the work (at the time, that was equivalent to 1,000 euros); finished was the viral Bitcoin Easter Egg story.

Unfortunately, if you still want to search, we have to disappoint you. Because the treasure has already been lifted.

Things are different with the next Easter Egg. Because here, adventurers can still get really rich.

Blockstream is one of the most exciting projects in an already exciting space with its satellites sending Bitcoin through space. Like user @notgrubles twittering and CriptomonedaseICO reported that familiar characters from Bitcoin Space were hiding one million dollars in BTC in a bitcoin address with an unknown private key.

Received a new message over @Blockstream Satellite. It appears to be a treasure hunt for $ 1,000,000 in #bitcoin, with included GPS coordinates for the first part of the hunt! ??️??️ https://t.co/M4mKMbQ8KU pic.twitter.com/HzkEJ8RFXc

The treasure that will belong to the most successful hunters and their clan is neither gold nor jewels nor the worthless papers that pass for money in this sad age; instead, it's Bitcoin, a digital treasure made up of deep mathematical truths, worth $ 1 million,

it says in the mysterious text message.

Via Shamir Splitting, the initiators then split the private key into 1,000 parts. If you want to raise a part of the treasure, you must find at least 400 of them – not an easy task.

Last but not least, an Easter egg made by Google. Who the Google Home Device after "Mr. Satoshi ", gets the following answer:

Of course, the list presented here is not exhaustive. Bitcoin is a grassroots movement and therefore predestined to continue to provide pop culture Easter Eggs in the future. Happy Easter!

Are you a blockchain or crypto investor? The Digital Cryptocompass is the first digital currency stock market newsletter to provide you with monthly exclusive assessments and in-depth analysis of the current situation in the blockchain & crypto markets. Free test now 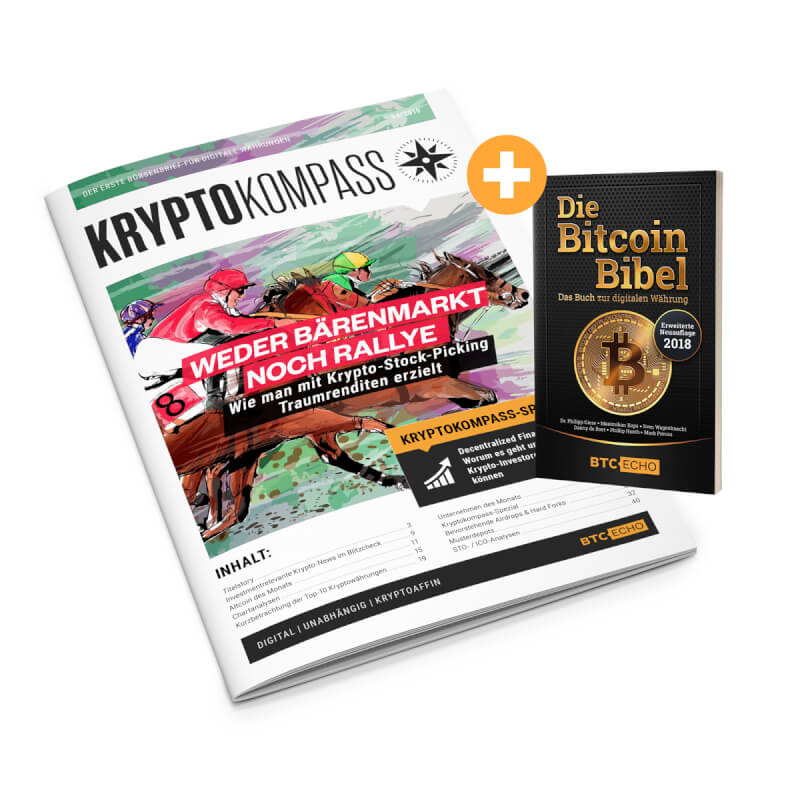 Kriptomat: The exchange born to trade cryptocurrencies without complications

This platform allows you to trade on all decentralized exchanges at the same time:…

Ledger: the road to financial freedom